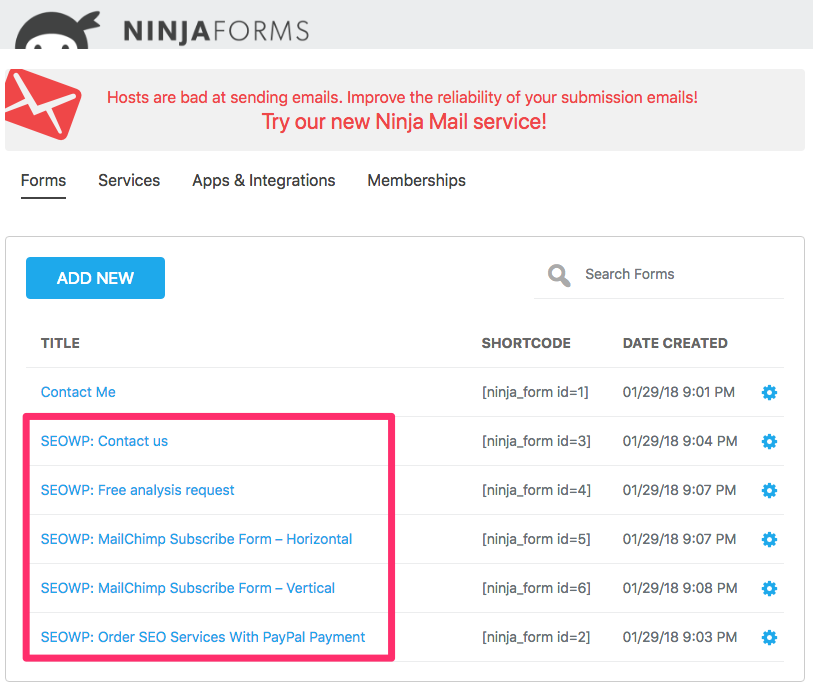 Depending on your hosting provider, the server may use restrictions what cause troubles to the demo process import. In the case, the ready-made forms we provide are not imported, the Ninja Forms module from the demo content will display a notice about the missing form:

As the alternative, we are providing in the downloaded theme package the forms import files (.nff).

Import the ready-made forms manually following the next steps 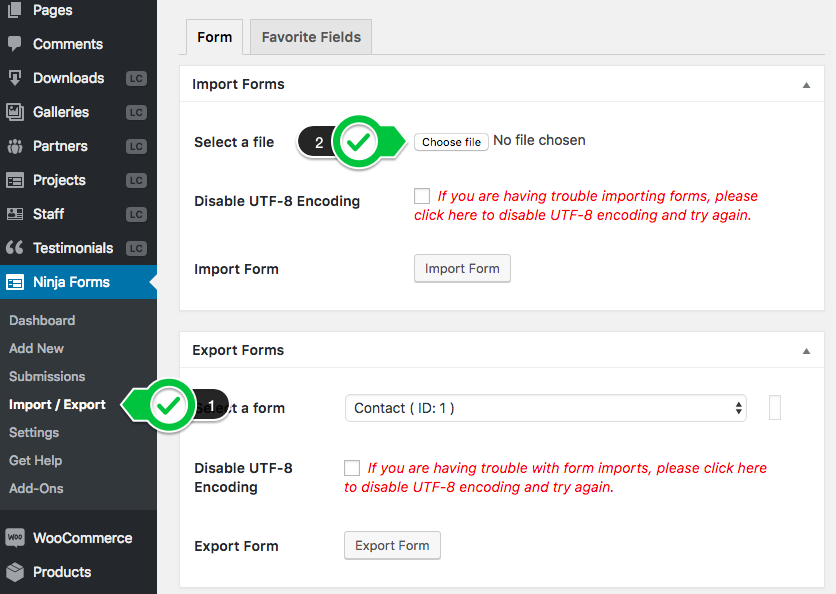 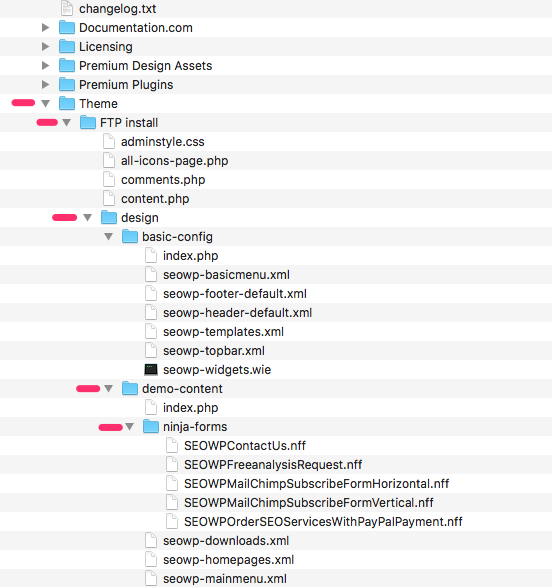 3
Select and import the form needed.